Tuesdays in April at The Retreat 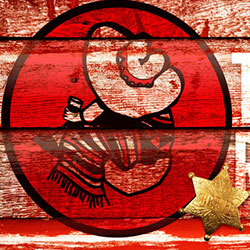 To celebrate the new phenomenon that Tuesday night is now the best night of the week, Charles Jenkins will be bringing a batch of new songs and a swag of his old ones to the front bar of the Retreat Hotel, Tuesday nights all April. Joining him on the first two Tuesdays will be Zhivago keyboard player Matty Vehl and on the the last three Tuesdays will be a bunch of up and coming songwriters from Push Songs’ Tuesday Night Song Club, the songwriting mentoring program he runs in conjunction with The Push, APRA, Arts Victoria and the Australia Council. See you all there.