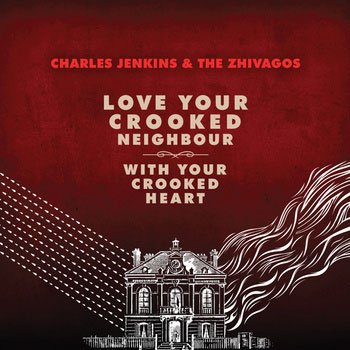 I had been involved in a few country soul folk roots whatever albums in succession over the last few years. Producing albums for Suzannah Espie, Snooks La Vie in Adelaide and Dave Garnham in Darwin, then going on to co-write half of Suzannah’s new album Sea Of Lights. With my apparent pop/rock/lots of chords and melody background I was very pleased to be able to immerse myself in this unfamiliar yet not unknown world, after all my first band started out as a rockabilly band, which for a few years ran alongside a country band specialising in George Jones covers, so this land of strong emotions expressed simply and directly wasn’t a foreign country at all, but one I was glad to find myself back in.

Throughout these projects, as I began to realise the power of this simplicity, I found my role as a producer to be one of trying to further simplify things. Not initially involved in the nuts and bolts of the song’s construction, I only cared for the message’s correct medium. I learnt a lot about naturalness and ease of delivery from these artists and I wanted to have my own record of my time spent in this neck of the woods, so…
Late last year I decided to stay with The Yearlings, with an aim to write some songs in their beautiful house outside of Adelaide. In the process of preparing for that, I finished off a few songs and wrote a few more until I realised I had enough to record. Heath Cullen also happened to be staying there and so we all bashed out what I had over a few days. Their performances were incredible, but listening back later I was disappointed with what I’d done, so I decided to head home and try again with the Zhivagos.

Back here in suburban Melbourne at the drummer’s house, with traffic roaring by out the front, accompanied by the constant volley of neighborhood nail guns, we set out to make a quiet album. Rehearsing the songs by day and recording as the night got a bit quieter. Davey Lane brought out his new ukulele, drummer Dave Milne packed up his toms, picked up his brushes and off we went, adding further shape to these county-folk songs.

We were all keen to provide the right musical back drop for each song from which the singer could emerge; grand and eloquent, mumbling and confused, either with a bent, or skewed view of the world. They could be stoic and certifiable in Let the Fireman Pass, well intentioned but dim in Pray My Dear Daughter, unrelenting and bewildering in Rich Rich Country. And on and on we went throughout these ten songs giving these characters a different musical platform on which to perform.

My son Henry came up with some horn arrangements and got some of his band mates from The Cactus Channel to blow along. Suzannah Espie and Douglas Lee Robertson (Icecream Hands) dropped by to sing up a storm. Justin Rudge recorded it all and somehow managed to pull it all together. A few songs went missing, not quite belonging to the neighborhood but the ten that remain I think work beautifully together.

It’s a little town for me, part black and white, part technicolour. I see Peckinpah in some and Ealing studios in others. Part Spike Milligan’s ‘Puckoon’, part Lawson’s ‘The Union buries its dead’. And on the jukebox, Richard and Linda Thompson, Suzannah Espie and Van Walker, Kirsty and Ewan MacColl, and of course George Jones.

Visit the corner store to listen and buy